“I’m not suffering from cyber piracy, I’m accepting it as a form of charity”, says the musician

Yoghurt, roses, and Thracian treasures – that was the holy trinity of publicity at the times of Bulgarian socialism. Two decades of democracy later, the things are not very different but somebody’s kaval has sneaked between those immovable symbols – namely, the one of Theodosii Spassov. The musician who married jazz to Bulgarian folk music goes with the label of an “ambassador of Bulgarian culture around the world” since the 90s.

His last mission abroad was in mid-December in Tokyo. Together with singer Hilda Kazassian, Khristo Yotzov (drums) and Roumen Toskov (keyboards), he performed two concerts in the Blue Note cult jazz retreat. The performance of the Bulgarians galvanized the fans and proposals for future tours poured down.
Theodosii himself doesn’t like much the term “fan”. “I like better “admirers”– an old beautiful Bulgarian word rather than “fans”. Admiration sounds beautifully, it bears many things – respect, love. Meanwhile, “fan” means something commonplace, aimed at making a compliment. In English, a fan probably equates an admirer. Yet “admirer” is a more voluminous word and when you hear “I’m your ad-mir-er”, the pleasure is incommensurable.”

In 20 years, Theodosii Spassov has toured all Europe, Asia, the Middle East, Australia, Canada, the U.S. He has a Grammy among his awards that he won in 1994 jointly with the choir “The Mystery of the Bulgarian Voices”. A three-year work – from 1998 to 2001 – with the Riverdance show is also posted on his CV.

“I had the chance to fall into real show business with Riverdance. Some are trying hard to do something similar in Bulgaria, but it’s a remote resemblance. The format is tuned to the States and any bulgarization aligns it directly as kitsch. Riverdance was a great school for me. I was playing in a community of 120 people seven or eight times a week. A huge experience. Unfortunately, I cannot be adequate within the Bulgarian imitations. I implore Bulgarian showmen not to be angry at me, but I’m so speaking because I have a real idea of what show business is looking like.”

Spassov has a peculiar opinion on the subject of cyber piracy, too. Most performers consider that “piracy is a steal”; for him, it’s a form of charity. “The pirates are the poor. Had they enough money, they’d buy legitimate products. In the world, piracy has always emerged out of poverty. The latter boosts criminality and social tensions. Who are those disposed to crime? The restricted ones, the poor ones, those who have no way out. The internet space is a place favourable to people whose financial situation is pretty tight.”

He writes the history of Bulgaria in music. Not only is he a benefactor of music lovers, he’s on his way at home to become the author of a History of Bulgaria. But written in music. Some of his albums since 1990 are related to personalities who became emblematic of Bulgaria. Among his characters until now are poet-rebel Peyo Yavorov, writer Yordan Radichkov, jazzman Milcho Leviev, and composer Stefan Mutafchiev. Another of his albums, VЯRA (Faith), is dedicated to phenomenal psychic Vera Kochovska.With time, the names and the biographies of all these people will be in the textbooks. But their spirits will be missing. This is why Theodosii’s history will be more exciting —because Spassov was able to capture them.

His last album, “Personification”, was released two months ago and wasn’t devoted to a particular personality but to Bulgaria after the changes. The musician included in it recordings made during the last 20 years under the direction of Willy Kazassian. The album’s name came from the piece “Personification”, devised in the early 90s. “This word was then very fashionable; there was all the time a talk about the personification of political trends. Me, I decided to personify myself, that is, to identify myself with the sense of the Bulgarian music and culture.”

Nowadays, the musician isn’t afraid of the vise of the global financial crisis. “The big crisis for me was in the early 90s, when people were on rations and didn’t have the possibility to enjoy entertainment. Today’s crisis is perhaps affecting more the people linked with large corporations. In what concerns my engagements, I can’t notice a crisis.”

An oddity
The Apollo Medicus sculpture in the garden in front of Sofia’s Central Bath is watching with Theodosii Spassov’s eyes. Sculptor Georgi Chapkanov-Chapa, who sculpted the Hellenic god’s figure, has put the kaval player’s features onto the divine face. Speaking of Spassov, the sculptor always calls him “Orpheus reborn”.

The kavals
Spassov owns tens of kaval flutes. Most are made by Bulgarian masters, but there’s also an Amerindian one. “It’s made from some Chilean wood. While it was all fresh, the wood was irritating my eyes and I burst in tears”, tells Spassov. The virtuoso is adamant that a whole life is needed to reach a harmony between man and instrument. “To feel the soul of an instrument, you have to play it intensely one month or two. I’ve reached already such an age and a level of development that I’m incorporating my spirit into the spirit of the instrument so that it sounds in a way as to please me.”

The critic
Critics are writing about Spassov’s music: “He is developing his own playing style. His performances are a synthesis of traditional folklore, jazz, and classical music”. In the last few years, he’s writing music for symphonic orchestra and kaval. In 1995, the authoritative Newsweek magazine is ranking him among Eastern Europe’s most talented musicians. Its “East’s Best” column states: “Spassov has actually invented a new musical genre.”

The road to glory
Theodosii hasn’t forgotten his first concert 38 years ago. “I was ten. I went out before the village’s public in the Belitza village, district of Silistra, in the Hristo Botev house of culture. It was very emotional. What’s coming over and over since then are the emotions on both sides. They’re willing to see me, and I’m willing to see them, too. For them – to listen a bit, and for me – to play a bit for them, and so on”, says Spassov. The first kaval subtleties, Theodosii learned them at the musical School in Kotel. Later, he attended the Academy of Music and Dance Arts in Plovdiv. 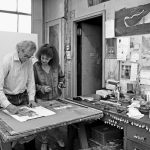 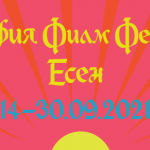