SPIRIT of Burgas heated up the musical scale This year again thousands of music-lovers stepped onto the sand in Burgas and had fun together for three nights. The third edition of SPIRIT of Burgas, which was held from August 13 to August 15, 2010, on the Central Beach of the Burgas Bay, gathered a 20 % larger audience. In particular, the performance of The Prodigy as a headliner on the main stage in the opening night was sold out completely.
The temperature this year was truly very high – both literally and figuratively. More than one hundred artists performed on seven stages. They offered an exceptional variety of musical genres such as rock, rap, dance, drum & bass, jazz, blues, reggae, ska, and electronic music.
This musical forum is not merely an occasion for entertaining various groups of people: it turned into the reason why today Europe and the world are already able to identify much better the city of Burgas as a touristic and cultural destination, said city Mayor Dimitar Nikolov. The main stage of SPIRIT of Burgas became the arena of great international names such as Andy C, Apollo 440, DJ Shadow, Gorillaz Sound System, Grandmaster Flash, Serj Tankian, The Prodigy, and Unkle. Unfortunately, fans missed meeting Everlast, who cancelled his appearance at the festival Saturday, August 14, for unexpected health reasons. However, the show must go, and thus, he was replaced on the main stage by the Bulgarian band Wickeda, popular not only at home but also all around Europe. It heated up appropriately the audience for the appearance of the night’s headliner—Unkle.
The festival keeps growing with every year elapsed. It was nominated for a Best European Festival at the U.K. Festival Awards in 2008 and in the Best Overseas Festival category in 2009. The same year, The Times listed it among the Top 20 festival destinations, and its programme was broadcast throughout MTV’s European network in 16 countries. SPIRIT of Burgas had also its place in the nominee list for a Best Medium Sized Festival at the first European Festival Awards in January 2010. After the finale of the third edition of SPIRIT of Burgas, its organizers already mull plans for the next year, when the bar will be raised even higher, and they promise that the festival would be even better and larger.
What did festival performers say:
“A festival that frankly breaks all records, because of the sea, the beach, the sun, and the lots of smiling people who definitely know how to have fun… How, under such circumstances, not to get in love with such an awesome event!” said Ewan McFarlane, Apollo 440’s frontman. “This was my coming to Bulgaria. I was delighted with the beautiful view at the sea, which revealed itself in front of me from the stage. The audience was full of energy and I definitely want to come here again,” confided DJ Shadow.
“Being partners with an event like SPIRIT of Burgas was for us an exceptional pleasure and recognition,” states Vasilena Daskalova, Beck’s Brand Manager with Kamenitza Ltd. “We’re happy that Beck’s was part of the ambience of this edition of the festival, the strongest until now. We trust that we contributed to thousands of fans experiencing unforgettable emotions with their acclaimed performers.” 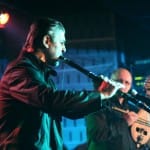 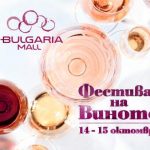 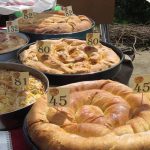