Sofia – one of the richest in history european cities

Few cities have a history like Sofia. Here there was always a bubbling active life. Like Rome, and Sofia /Triaditsa – Sredets – Serdika/ can be called eternal city. Just a month ago, the archaeologists discovered that here lived the first European civilization 8000 years ago. In the metropolitan district of Slatina, in the Neolithic village, discovered in 1950, were revealed the largest buildings of that era. The settlement was dated 6000 years BC (early Neolithic). Till now dozens of stone axes and adzes were discovered, as well as burrs, sharpeners, hundreds of flint knives, skin scrapers, proto-sickles for reaper and mowing, chromiums, weights for looms, spoons. The archaeologists have discovered the largest edifice ever found from the Neolithic period, a 150 sq.m. building with 3 rooms, keeping in mind that the typical of that time constructions were 4-5 sq. meters. It’s about the time before Roman, Hellenistic, Babylonian, Sumerian, Egyptian civilizations. “These were the earliest farmers of the central Balkans. People, who came from Central Asia, where agriculture and livestock were discovered, where the civilization process started, here, in the Bulgarian lands, was formed the nucleus of the future European civilization”. What was in Europe at that time? There wasn’t even houses. The head of the excavations, prof. Vasil Nikolov, narrated at the Bulgarian National Radio, “It was proved that here were the roots of European civilization and it is a very important discovery.”

For millennia the city has lived his life. There are many artifacts from the Thracians, when the city, situated near the mineral springs, was the central hub of the Thracian tribe Serdi*. Later the Romans called it Serdika – ie City of Cerda tribe.

At the time of Emperor Claudius (45 A.D.) the city flourished first as an administrative center in the province of Thrace, and later received the status of Roman town of Emperor Marcus Ulpius Trajan (Marcus Ulpius Traianus – 53-117 A.D.) and begins to bear its generic name – Ulpia Serdica. Serdika had great development during the Roman Empire in I – III c., and at the end ot he III century it became the capital of the newly created province Inner Dakia and became one of the four capitals of the Roman Empire – Rome, Milan, Constantinople and Serdika.

Several notable events occurred at that time in Serdika, which were significant not only for ours but also for world history. At the beginning of the IV century, in April 311, the emperor Galerius, together with the emperors Constantine and Licinius issued the Edict of Tolerance, which legalized the Christian religion in the Roman Empire – ie it legitimized Christianity as an official. Until then, Christians were persecuted, killed, torn apart in the arenas of wild animals and totally prohibited in the Roman Empire. This recognition of Christianity is an extraordinary step in the development of human civilization and Serdika became the first Christian capital before Constantinople, the first home of the free Church.

Two years later was issued the Edict of Milan (313 AD), which confirmed that of Serdika Edict and which was better known due to the strong influence of the Western historiography. In the interest of the historical truth we must say that recently the championship of Serdica edict is increasingly highlighted in the scientific and popular literature to the importance of the Edict of Milan.

At that time in Serdica lived the emperors Galerius and Licinius and later it became a favorite city of Emperor Constantine the Great. They built huge palaces which foundations we can admire up to these days. Constantine planned to move the capital here and ancient authors argue that he often said: “Serdika is my Rome”.

In 343 AD in Serdika happened another remarkable event – it became the seat of the exclusively important Serdica congregation which was attended by delegates from all over the empire (applied is a map of places where there were representatives). This congregation is defined as Ecumenical and it took very important decisions for the development of the Christian church. Perhaps it was held in the imperial complex from which to these days have remained ruins around the rotunda “St. George”. The Rotunda was consecrated as a Christian church around 330 AD and today it is the oldest active church in the city and among the oldest operating churches in the world.

In the last quarter of the fourteenth century the town was mentioned as Sofia in the official documents of the Second Bulgarian Empire, and later of the Ottoman Empire.

In 1879, Sofia became the capital of newly liberated Bulgaria. And since then it developed into a modern and beautiful city, bearing rich history. 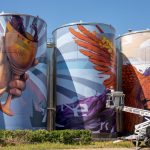 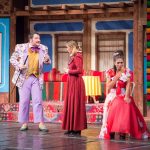