I will sing to my God as long as i live

The Church music ennobles the soul
As if from the very dome of the church fell to the floor walnut leaves and the visitors enthusiastically raised their hands to catch them. It was 19th June 2016, the Whit. At 11:00 precisely at the moment when from the height were falling the walnut leaves, and the angelic voices of the mixed choir rose in the hymn praised, a foreign group entered. The guests tried to catch the leaves, but first sought to look at where divine music comes from. They saw only the hands of the conductor Mr. Dimitar Dimitrov, who inspired the singers on the balcony opposite the altar. At that moment heavens, earth and music raised high above the church dome.

What part takes the cappella music during worship?

In the Orthodox church music is only a cappella, without instru-mental composition. The specific about it is that it allows the human voice to praise God, and this praise is not by an instrument made by a human hand. The church music ennobles the soul and elevates it to the Creator. Another feature is that the choir is in con-tinuous dialogue with the altar and in this sense it is an accomplice in the very worship.

In which countries you have concerted your sacred music with the choir of “St. Alexander Nevsky” Cathedral?The entire staff of the choir has traveled to the Netherlands, Germa-ny, Greece, France, and Moscow. There our performances were in concert halls, not during worships in churches. But at the Cathedral “Christ the Savior” in Moscow we asked to hear the acoustics and were allowed to sing “Our Father” by Nikolai Kedrov – the father. The acoustics is exceptional! Many visitors shed tears and wished we continue to sing.

In early youth did you expect that your brother will become the Bul-garian Patriarch, and you – a conductor of international renown?

I never thought that one day I would be in church a music conduc-tor and chief conductor of the “St. Alexander Nevsky” choir. This also applies to the fate of my brother, today’s Patriarch Neophyte. I know how modestly we lived in our family because of poverty; I could not predict our future. I am what I am thanks to Jesus Christ and the Bul-garian Orthodox Church.

Say something about the talent in your family?

We try to live a life by Christian laws, as we grew up and were edu-cated in the church. Both my sons – Stephen and Simeon and their families are dedicated to music. My two granddaughters also sing and receive awards in children’s music competitions.

What would you wish to Christian believers?

All Christians to live in the grace of Christ, for He said: “I am the path, the truth and the life.” He really is the light of the world, which is good to follow.

For Dimitar Dimitrov
Dimitar Dimitrov was born in 1943 in Sofia. His parents were poor, patriotic Bulgarians who strongly believed in God and wished their sons to devote themselves to spiritual life. Their son Dimitar and the younger one Simeon graduated from the seminary near Cherepish village and later attended and graduated the Spiritual Academy of the Holy Synod at the Bulgarian Orthodox Church. Dimitar made a family, and his brother Simeon took the monk name Neophyte. Mr. Dimitrov graduated the Bulgarian State Conservatory / now National Music Academy /, and since 1992 teaches music at Faculty of Theology at the Sofia University “St. Kliment Ohridsky “. He is a founding member and conductor of the male choral ensemble “John Koukouzeles – the Angel voice.” Since the dedication of the temple in 1978 Mr. Dimitrov is the fourth chief conductor of the mixed choir at the Cathedral Patriarchal church “St. Alexander Nevsky, 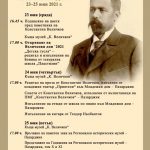 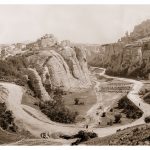