“It is the combination of many cultures, and the ethnic and religious diversity that makes Plovdiv different from all other cities.”

When the nights grow short, when the air fills with an endless number of aromas and a mysterious whisper of grasses, and the trees slip on their green arrays, when the road becomes a purpose, but not just a direction,
when you long to jump into the flow of life without any unnecessary questions, when you want to meet something unique, mysterious and unknown,
then head for the dusty path of history and enter its very heart called Plovdiv.

The “City of Hills” or the “City of Seven Hills” as they call Plovdiv nestles at the foot of seven syenite hills, which is something typical only for Rome.

It is also a very well-known fact that Plovdiv is one of the oldest European cities – a contemporary of the cities of Troy and Mikena, more ancient than Rome, Athens and Constantinople. It was founded in about 6000 years BC.
The city rises up in imposing presence on the two banks of Maritsa River in the central part of the Upper Thracian Lowlands. Its close proximity to the Mountain of Orpheus – more familiar as the Rhodope Mountains, as well as with the Sredna Gora Mountain and the Balkan Mountains makes it an attractive place for thousands of tourists.
This tradition is expected to further develop because in the words of the Deputy Mayor of the city – G. Shopov, the basic accent in the tourism development strategy of the Municipality of Plovdiv is that the city becomes a starting-off point to the main tourist routes in our country.

Today the majority of Bulgarians associate Plovdiv with the Old Town of Plovdiv and this is no coincidence. It was in 12th century BC when the ancient Thracian town of Evmolpiya was founded on three of the hills mentioned above. It is interesting to know that the title of one of the hills – Nebet Tepe – comes from the Turkish language and is translated as the “Hill of Guards”. There are wide fortress walls surrounding the castle and additional buildings preserved on it. The oldest part of the fortress was once filled without any kind of soldering, but just with large syenite blocks, in the so-called Cyclops Construction.

The origin of the name of Dzhambaz Tepe is also interesting. In his much interesting work entitled “Plovdiv Chronicle” Nikola Alvadzhiev shares that when there used to be city festivals once “dzhambazi” (acrobats) used to climb up its steep slopes – and that is where its name comes from.

“Taksim” means a place of distribution. That’s why the hill is called Taksim Tepe. The waters of the old Roman aqueduct used to gather here and then they used to be distributed in different directions all over the city. During the Ottoman Rule people used to call it “Saray Tepe” because of the many ruins of old big buildings, palaces and homes. During the years of the Bulgarian Revival period it was also known as “ Kesyakovo Tepe” called after the patriot Todor Kesyakov, whose house was at the top of the hill.

After a little our walk will continue on the main street of Plovdiv, but now some more details about the city’s hills, from which history exhales hidden in every stone.

Unfortunately, one of them no longer exists and that is Markovo Tepe. For those who don’t know, the rock on the top of this hill was carved into the shape of a trough with one small hole in the four corners. According to the legend they were made by Krali Marko’s horse. Nowadays, this is the location of the renowned “Alyosha” Monument and the Summer theatre. I’m tempted to reveal that it was at this very spot back in 1901 where the first outdoor restaurant was built, famous for its specialty – frog legs.

Dzhin Tepe, also called the ghost hill, is the today’s Dzendem Tepe, as time has misrepresented the name, and “dzhendem” mean distant, inaccessible. Most Plovdiv citizens know it as the “Hill of Youth”. It is the highest hill – 307 m. Today, both hills – Bunardzhik Tepe and Dzhendem Tepe, are declared a natural landmark.

The name of Sahat Tepe originates from the clock tower built-up on it in the 16th century. The tower represents a stone prism with a height of 17.5 meters.

In the beginning of this walk- epos it has become clear that Plovdiv is one of the most ancient cities in Europe, as we are not to learn something more about its names.
In 324 BC the city was conquered by Philip ІІ of Macedonia, the father of Alexander the Great, who changed its name to Philipopolis. Later the Thracians once again restored control over the settlement and called it Pulpudeva.

Philipopolis finally fell within the boundaries of the Roman Empire in 46 AD upon the declaration of Thracia as a Roman province, as it was once again renamed to Thrimontsium (the City on Three Hills). Despite this, during the Roman Age the city was mainly known by the name Philipopolis.

It was approximately in the middle of the 6th century when the Slavs came to Plovdiv. During the Roman Age the city, except Thrimontsium, was also called Ulpiya, Flaviya and Juliya, and then the Slavs adopted the Thracian name Pulpudeva, but later changed it to Plapdiv, Paldin and Ploudin, where the today’s name Plovdiv originated from.
There is no way not to mention the fact that after the Bulgarian country was founded, Plovdiv turned out to be an important border city of the East Roman Empire. It was conquered by the Bulgarians for the first time during the ruling of Krum in 812.

I think that this is the time to make a short brake of the dull historical facts, as we climb up one of Plovdiv’s hills (let this be Bunardzhik) in order to dip into their atmosphere, to feel ourselves history just like a memory of a movie, and to have a look from above … it is worth doing so!

Here is the impressive Plovdiv, as if it is in the flat of your hand! To the south you can see the International Fair – another thing Plovdiv is proud of and which becomes an attractive power for businessmen, tourists and ordinary people. When the weather is clear your sight may even catch a glimpse of the Balkan Mountains. Our walk in Plovdiv continues along the main street. Here we will see the Roman Forum, which originates back from the time of Emperor Vespasian in the 1st century, and having its construction completed in the 2nd century. We have to mention that the main streets of the ancient Philipopol used to gather here, in the Forum.

It may seem a little strange to you, but this is another place (I mean the main street!) where you can feel great. A walk after a hard working day has a true relaxing effect. Here, next to the fountain in front of the Municipality, you may sit down with a bag of popcorn in your hand and just contemplate over the colourful crowd.
And now, after we’ve gazed for a while at the colourful multitude, we continue our walk.
And, here it is – we reach “Dzhumayata” – another emblematic place in Plovdiv. Here we may see many art works and it will be hard to go on before buying a bracelet, a silver ring or any kind of trinket.
Here is also the location of the Roman Stadium. It was built-up in the 2nd century. In antiquity it seated 30 thousand people, who watched gladiator battles and sport competitions. Today we actually can see the north arc of the stadium with 13 rows of seats, the arched north entrance and a part of the track.
For several years now, the Philip of Macedonia monument also rises here.

However, unfortunatelly now I have to inform you that our walk enters its final phase. And I suggest that we finish where we have started – on the three hills of the Old Town, and more specifically in the Antique Theatre. But before this we need to say a few words about the Dzhumaya Mosque, which you will see here, right behind the Roman Stadium. This is another one of the emblematic places in Plovdiv that should not be bypassed.
It is believed that this Muslim temple was built-up during the rule of Sultan Murad І (1369-1389). It is a true construction masterpiece – the walls are made of ashlar soldered with mortar. At its four sides each stone is fenced with thin bricks. The roof is made of nine domes covered with lead plates.
It is time for us to finish our walk, and we will do this in the Antique Theatre. It is situated between Dzhambaz Tepe and Taksim Tepe. It was built-up during the reign of Emperor Marcus Ulpius Traianus. It is one of the best preserved antique theatres in the world. In the end of the 4th century a large part of the theatre was destroyed – by a fire or an earthquake. Everything you can see today here is the result of its restoration.

The Antique Theatre seats about 500 viewers, as many concerts and other public events are carried out here.

There is much one could say when talking about Plovdiv, but yet many things would remain unsaid. It is for sure that on that meeting of ours in Plovdiv I will miss out places, which must be paid attention, but this is Plovdiv – an infinity, an eternal immensity … 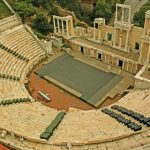 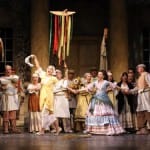 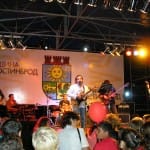 Kostinbrod is attractive to both investors and tourists