The ambassador of Portugal: Mario Jesus Dos Santos: “What I Like yo the most in Bulgaria are the people – opened, cordial, hospitable”

The Ambassador of Portugal – His Excellency Mario Jesus dos Santos was born on May 27, 1949 in the town of Montijo, Portugal. He graduated in Economics specialty in the Technical University in Lisbon. For many years he has occupied leading positions in the Ministry of Foreign Affairs of Portugal. He has served diplomatic mission is France, Italy, Belgrade, and etc. He was accredited as ambassador in Sofia in November 2004. Mr. Santos is a senior officer from the order of the Infant Don Enrique. He is married with four children – three sons and a daughter.

We met with Mr. Santos recently in the Embassy of Portugal in Sofia. Here is what he said especially for our readers.

Mr. Santos, as a beginning of our talk, would you say a few words about your impressions from Bulgaria?
In three months only, three years will turn after I came to your beautiful country. But it was not something new for me. When I worked in the Embassy in Belgrade, 25 years ago, I visited Bulgaria as a tourist.
Now, after so many years have passed, I find the country totally different, with quite a dynamic development. That is why it was very easy for me to adapt to the life here, in fact it is very easy to live in Bulgaria. I think that there are a lot of common features between out two nations – both as mind and thinking.

Who are you here with?

I am with my wife here in Sofia. We have big children, our eldest son is an architect in New York, the other two sons and our daughter too live and work in Portugal. All of them have visited us here and are also enchanted by their stay in the country.

What are your major priorities as Ambassador, what is like one day of yours?
It is a normal day. We keep up with the events in your country, especially in the political and the business life here, and we take up a position towards certain matters at different levels – governmental, institutional. We look for new options for expansion of our relations in wide range of issues. I try to have some time to take a walk in your pretty capital and its vicinity. When it is possible I visit also different towns in the country.

Which are the towns that you already know, do you travel in Bulgaria often?

I have been to Varna, Bourgas, Veliko Tarnovo, Bansko, Melnik, Velingrad, and etc. One of my favorite Bulgarian towns is Koprivshtitsa, which we often visit with my wide during the weekends. I love to enjoy the also the ancient part of Plovdiv. We take each chance to visit it.

What are your commitments related to the Portuguese Presidency of the EU?

Our Presidency runs in an interesting period, as it is a joint presidency with Germany and Slovakia and includes a period of 18 months. In October the new EU draft Constitution is to be completed, since the future of the former one, after of the ‘no’ votes in the France and Netherlands referendums, was made disputable. Now we are in process of preparation of new reformed contract, which shall not be titled Constitution and which shall be coordinated with all of the most important institutional issued regarding the EU’s future. We have planned a series of leaders’ meeting, first of which was already held with Brazil. The objective is the expansion of the EU’s relations with other countries. In December a similar meeting is to be held between the EU and Africa as well.

Would you say some words about your traditions? Which is the most typical, the most interesting in them?

We have holidays and traditions that are a part of our culture. On the Azores for example there is a Holy Ghost holiday. And in my birth place the corrida is very popular. The bullfight is a part of our tradition in Portugal and especially the equestrian bullfights and the so-called “forcados”. „Forcados” are the eight men of the group which shall catch and immobilize the bull. Yet we shall not forget that a bull weights about 600 kg. There are women among the equestrians too. The riders suits are very lovely – representing clothes from the 18th century. Usually the arenas where these fights are held, seat about 5,000 people and are most of the times overfilled. During different folklore holidays the bullfights goes down to the streets. Some people, willing to raise their adrenalin, run along certain, blind streets together with the bulls and there each participant relies on his lucky star. It is all about the speedy running… Of course people participate in these fights to entertain and everyone take his chance. In the Altro Alentejo district there are special farms for horse breeding of the so-called Lusitana breed /Lusiatnia is the ancient name of Portugal/, which are involved in the bullfights. Corrida is our national tradition, bequeathed to the generations for hundreds of years, and which is actual even today and attracts guests and tourists from all over the world. Faith traditions and rituals are also really respected in Portugal. Each town in the country has its saint-patron who is obligatory celebrated with imposing and gorgeous festivals. We have much more folk celebrations and rituals, but it is not possible to tell you about all of them now. One should live for a long time in a given country, so that he could learn them and to take them in as his own entertainment.

Unfortunately, no! I only learnt to read the road signs, which is related to my often travels in the country. Of course I know some words, but I don’t speak Bulgarian. I admit this is a big lack, since the best way to get to know a nation is the direct contact with the people.

What do you like to the most in Bulgaria?

What I like to the most in Bulgaria are the people. They are really nice, cordial, kind, opened, hospitable…
Apart from this, here you have beautiful mountains, I love your nature, it is really unique. As I already mentioned usually we spent our weekend out of Sofia, in the most beautiful parts of the country. Often we go to the Rila monastery, to Melnik.

Maybe you like the Melnik wines, the Bulgarian wines?

The one that I tried in Melnik was quite different, a bit unusual for my taste малко. But for sure Bulgaria has very good wines, appreciated not only by the experts.

And as the talk took such a direction, what is your favorite Bulgarian dish?

We have a Bulgarian cook at home, and she surprises us all the time with incredible delicacies the traditional cuisine. I like very much the “Panagyurski styled eggs”, “breaded yello-cheese”. During our recent meeting with Mr. Parvanov in Melnik we were served breaded yoghurt, which I had never tried before, and I found it was very delicious.
Having in mind, however, that I come from a sea country, naturally I mostly like the fish and seafood dishes. That is why I often attend the fish restaurants here.

Do you find any similarities between Bulgarians and Portuguese?

When a man lives among other nation and feels not isolated, and is not a foreigner, this means that there is something common between him and all the rest. Understanding here is available, so I think that we have a lot of common features and a lot of things connecting us. This surely makes my stay in Bulgaria so pleasant and successful.

On the final of our talk, what would you wish to our readers?

The first thing running though my mind is heath of course! I also wish them, and I am convinced this would happen, a fast development that would assist the significant improvement of the living standard of the Bulgarian people and the further nation’s prosperity as a whole.

“I do feel close, unusually connected to beautiful and peaceful Bulgaria”, His Excellency Ph.D. Tran Van Thinh, Ambassador of Socialist Republic of Vietnam in the Republic of Bulgaria: 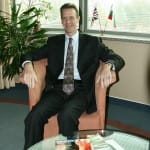 The ambassador of Great Britain in our country His Excellency Steve Williams:“Bulgaria is a wonderful country which has to be seen closer.”

« His Excellency Djan Wansue, Ambassador of China in Bulgaria: „Bulgaria is an earth Eden and favourite place for the tourists”
Winter in Smolyan »