Mariyana Velkova: We are stimulating the export potential of Bulgarian business “Our enterprises need assistance for their operation under the conditions of a strongly competitive environment within the EU,” says Mariana Velkova, Executive Director of the Bulgarian Small and Medium Enterprises Promotion Agency.

Ms. Velkova, what are the main priorities of the Agency?
I’d like first to notice that this Executive Agency is an administrative structure under the Minister of Economy, Energy and Tourism and that as such, it implements the state’s policy for the encouragement of entrepreneurship, the development and the internationalization of SMEs in Bulgaria.
Our main lines of operation are the creation of an efficient system for the absorption of the European funds and the improvement of the enterprises’ export potential by facilitating the access of their products to foreign markets. We’re functioning the as a Project Execution Unit (PEU) for projects funded under the PHARE programme and as an Intermediary Unit for the execution of the “Development of the Competitiveness of the Bulgarian Economy 2007-2013” Operational Programme. Our activities include also the administration of the National Innovation Fund (NIF). A distinct Directorate is in charge of the development and the internationalization of SMEs, including international co-operation, development of the export potential, and business information services.

How is the Agency stimulating national businesses?
Through its functions as an Intermediary Unit, the BSMEPA acts on the provision of financial support for the implementation of projects that are aimed at improving the competitiveness of Bulgarian manufacturing enterprises. Our main efforts are related to the preparedness of the businesses for operation in the highly competitive environment within the EU framework. Measures of particular importance are those carried out for the development of an innovative high-growth business environment. The Agency conducts training sessions and provides consulting support on the establishment of European and international quality standards. We’re backing the implementation of and certification by international quality management systems.
Within the framework of the project for the encouragement of the internationalization of Bulgarian businesses, a national export Web portal is under development. It will give access to a full database of Bulgarian enterprises. Great importance is assigned to the development of sectorial strategies for 18 export-oriented sectors of main priority. We’re organizing promotional events home and abroad, informational and specialized seminars, and we’re assisting the collective participation of Bulgarian companies to international expos. As per the plan in effect for the triennial project period, the organization of a total of 60 trade missions abroad and of 115 participations to international fairs and exhibitions is foreseen. Some of those took place already.

Which are the sectors where businesses are developing the most successfully?
For this purpose, we made an analysis of the position of the SMEs, the factors affecting their development, and the impact of the crisis. This analysis contains up-to-date information about the development of the sector, which is based not just upon statistics but also upon the results of a national representative sociological study of national SMEs, conducted in early 2011 and including 300 companies. According to data from this analysis, the thesis of the prevalence of microenterprises in Bulgaria was re-confirmed; more than 50% of them are in the sectors of commerce, hotel and restaurant operation, treatment industry, food, textiles and clothing, furniture, transportation, construction, and IT.
Which were the large expos where Bulgarian businesses were presented in the past year and the beginning of the current one, and was their participation successful?
From the beginning of 2010 to end-May 2011, the Agency has supported the participation of Bulgarian enterprises to 40 fairs abroad. A total of 331 companies participated to our national stands at international expos in 16 countries. Participation to 4 international fairs was organized with funds from the Agency’s budget: Hannover Messe in Germany, EcoBuild in London, IMM in Istanbul, and Ventatoria in Madrid, while the “Competitiveness” Operational Programme funded another 36 national participations.
I could hardly set apart some “large” exhibitions, as all the international fairs where our enterprises were presented are the leading ones in their respective sectors. However, I could rank them by their attendance. For instance, 24 were our enterprises participating to the 2010 SIAL international specialized food industry salon in Paris. Almost as much – 20 firms – had their presentations at the annual leading fairs in Hannover: CeBit, for information and communication technologies (ICTs), and Hannover Messe, for industrial technologies. In 2010-2011, most active were the enterprises from the sectors of ICT, food industry, fragrances and cosmetics, and furniture manufacturing. For the first time, the Agency helped also craftsmen, inventors, and small light aviation businesses. Among the countries where we organized participations for the first time are the FYR of Macedonia (the Medicine 2011 international expo of medical, dental, and pharmaceutical equipment), Brazil (the BITS South America 2011 international ICT expo), and Moldova (an International Forum for SMEs). Most businesses give a positive account of their participation to the fairs: deals closed, contacts created, new partners found. Indicative of that is the increased interest to participate in the 2011-2012 programme.

What requirements must companies meet to obtain financial support under the programmes whose implementation is assigned to the Agency? Some of the main requirements for any firm are: complying with the definition of a micro-, small, or medium enterprise as per the SME Act; not owing payments to the state budget; not having financing from another source for the same activity.
The ranking of eligible firms is done by various criteria, among which: Bulgarian origin of the products and services, ownership of a patent for an invention, registration certificate for a useful model, etc. Adding to the ranking score is the proven capacity for the completion of orders under signed contracts.
More about the requirements, the selection procedure, full information about upcoming events and the submission of applications can be found at www.sme.government.bg. 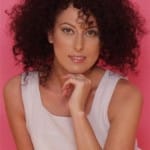 « Dr. Alexander Semkov: The interest for rehabilitation in Bulgaria is growing among foreigners
A National Costume Festival or How the Good Old Times Returned to Zheravna »