“The key to success is confidence in your powers.” – Krassimir Ganchev The face of success can be seen everywhere around us. More and more young and talented people return to Bulgaria from abroad to bring good practices and skills learned from their foreign colleagues. Others, preserving their whole love and desire, stay in Bulgaria and put all their potential and skills into the development of our country. One of them is Krassimir Ganchev, 29, who is the CEO of Nokia-Bulgaria. We met him to tell us more about the “Samurai’s way”, what it is like to work in an international company like Nokia, and what is the success formulae.

What is a Krassimir Ganchev’s day like?
This is a tough question. My day starts from the previous evening with accurate planning of my agenda. In this respect, my personal (Nokia) organizer is extremely helpful. I have the feeling that without it I would be without my hands. In the morning, I do not start work later than 8 am and I finish at about 9 or 10 pm. I rarely have lunch. Nor do I drink coffee or alcohol. I sometimes stay behind to work after midnight, especially if there are pressing projects. The most pleasant moments are those with my family, and relaxing by doing sports, too. What recharges me every evening is the thought that the morning there is a whole new day awaiting me, a day full of meetings with many and different people and constant dynamism. If I stay for longer behind my desk, I’ll feel very miserable, I think.

What is it like to work for a prestigious international company like Nokia?
Working for Nokia Bulgaria is extremely dynamic. There are no laid down standards; we work until a project is completed. There eight people on my team. We work with 16 subcontractors, which amounts to a total of about 100 people, who implement the projects of Nokia in Bulgaria and the Balkan countries. Our office is a regional centre for the Balkans and we often have to travel to neighbouring countries like Romania and Macedonia.

How do you keep fit?
I do sports. After the workday is over I take up exercising at home. I have a home fitness center and a personal arsenal of different weapons – guns, rifles and a Samurai sword. My wife and I often laugh that we are ready for defense. In my free time I practice one of the most ancient martial art called Iaido, which translates into “The way of the sword”. Iaido is the most ancient of the samurai’s martial arts, from which the fight styles Karate, Taekwon-do, Djudo and many others originated. Although the Bulgarian Kendo and Yaido Federation has tried to make this sport popular for 18 months only, it has already attracted many followers. I myself am the deputy chair of the Bulgarian Kendo Federation and this year I’ll be taking the national Yaido team to the European championship, which will be held in Bologna. I hope we will win medals for our country. I have the ambition to contribute to the development of this sport in Bulgaria. I often dedicate my weekends to walking in the mountains. A few years ago while I was working for another company I practiced rock climbing. Regretfully, however, o ‘practice’ walking now, although I do not lack willingness to resume climbing.
I have tried for some years now to cool down this youthful enthusiasm that I have had for years. Now I follow a rule of thumb “One works hard and rests well only if he wants to succeed!” going to either extreme sure leads to nothing good. In this respect I try (not only me, but my colleagues too) to use the weekend for its primary purpose – rest.

Does the Nokia-Bulgaria team follow the philosophy of “Samurai’s way”?
Three people of the eight of my team do martial arts. The samurai’s way is a philosophy, a spiritual oasis for me and all my colleagues. The moral principles we follow at work are the modern reflection of the ancient samurai’s values. Without verbal comments, trying to be ethical businessmen and socially responsible citizens, we unconsciously follow the samurai’s way our office’s motto is “Power and honour” – power when we win, and honour when we lose. In this sense my colleagues and I, following these principles become a part of a very interesting social stratum that follows its own ethical rules and business code.

Do you identify yourself in some way with Nokia’s image? It may not sound very modestly, but to a great extent my team has created the specific image of Nokia in Bulgaria. Before we turned up on the Bulgarian market, the company was known only as a mobile phones producer. Over the last few years Nokia-Bulgaria has managed to win popularity of a company that is extremely ethical, with a positive image, very moral and successful. Each one of us is proud to be working in this company. Of course, we have preserved our individuality; we have not merged with the company, nor have we fit into the ‘matrix’. We view Nokia-Bulgaria rather like a smaller replica of the big company, whose success we have managed to bring into Bulgaria.

You said that you spend quite a part of your day meeting people. What technological devices make your life easier?
Firstly, my Nokia 9300 Communicator which is, in practice, a portable computer and has all the functionality of a desktop PC. My car is also equipped with a fax, has access to the Internet and there is different kinds of communication technology which allow me to work any time any place.

What do you think is the formula for success?
Unconditional confidence in your own powers, strong will to always go ahead, to stand up after you have fallen. And the friends around you. They are the people who help you to go ahead. I do not believe in the one-man army. I’d rather trust the team beginnings on the way to success. The moment you have believed in your powers, this feeling is conveyed to the people around you and in this way you advance. 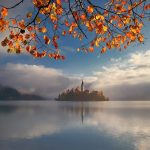 « The bulgarian virtuosos
“We’ll lay on the rug we have woven“ – Neska Robeva, the grand of Bulgarian gymnastics »