“To make it more attractive to tourists, good dialogue and good co-operation between the state, municipalities, and businesses is essential,” says Ivo Marinov, Deputy-Minister of Economy, Energy, and Tourism

What are your impressions from the already traditional Cultural Tourism exchange in Veliko Tarnovo?
The exchange is very useful and important. It’s not by chance that it brings together every year that many participants not only from Bulgaria but from abroad as well. Many of Veliko Tarnovo’s twin towns, which have traditions in the development of cultural tourism, participated. The associated programme is equally good. The annual meeting with mayors on the problems of tourism was held there this year. The festival for films related to tourism held within the exchange’s framework became traditional too – this was its fourth edition. Definitely, the exchange has a future. Its organization is good, the attendance too. The presentation of traditional crafts, of various attractions that municipalities and ethnographic complexes are offering, is noticeably stronger.

In this respect, what’s the place of cultural attractions in tourism programmes? Is it known how many tourists are coming uniquely with cultural tourism as objective?
Their place is important and promising. Our country is one of the richest European states in terms of cultural heritage, which should be promoted. We have many Thracian tumuli; seven of nine UNESCO World Heritage Sites in Bulgaria are cultural sites. We have more than 160 functioning monasteries, while the monuments of culture in the country are over 40 thousand. In turn, with 600 mineral springs, we’re ranking second in Europe by this resource’s abundance. All this gives us the possibility to diversify the tourism proposition. Bulgaria has a huge potential for year-round tourism. Thus, besides the traditional winter and beach tourism, we’re working on the development of the SPA and wellness, cultural, environmental and rural, and religious varieties. There are specialized tour operators that offer just one of those specific forms of tourism. However, it’d be good to put an accent on cultural attractions too in all programmes, even those for winter or summer vacations. Of course, this should be done in line with the tourists’ profile. How this tourism is offered is important for making it intriguing. So far, there are no statistics on how many people are coming to Bulgaria solely for cultural tourism. Yet at least about 30 percent of tourists are visiting cultural sites as well. Of course, there are people who come for this purpose only; those are mainly French and Spaniards. We’re hopeful to see their number rising.

Our country is rich in landmarks but not all are in good shape or the infrastructure is poor. What does the Ministry do to this effect?
We’re working hard on this subject since about 2 years. Funds are available to the municipalities under the “Regional Development” [Operational] Programme, and it depends upon their initiative and presentation to earn financial means for the preservation of landmarks on their territory, the improvement of infrastructure, the development of various attractions. The interest shown by municipalities is great but one of the main obstacles since years is the ownership of the sites; it must be municipal for the applicant to be eligible. There were even cases of sites emblematic for our country that didn’t have title deeds. Since a year and a half we’re working on it and a significant number of sites already have the necessary documents. Some state-owned sites became municipal property. The process continues. Moreover, to make it easier for municipalities to apply for funding by the programme, we reduced the required percentage of their co-financing from 15 to 5. Municipalities can seek finances for the improvement of the condition of their sites under various programmes. Sources do exist, what’s important is preparing good-quality projects. A lot depends upon how active the municipalities are.

Which problems were discussed in Veliko Tarnovo at the annual meeting of mayors?
The draft Law of Tourism was discussed. For the first time, there was a lot of debate on the problem of the Tourist Tax and our proposal part of it to be used for national advertisement. We reached some sort of middle ground that will be detailed later. There were also talks on the possibilities offered by operational programmes, on the financing with EU funds of various activities and new attractions, in order to extend the tourist product and to attract more tourists.

Which municipalities are the most successful in developing cultural tourism?
I can indicate not only municipalities but also associations. Sometimes the municipalities don’t have the necessary money and expert potential but in such cases they can support or at least not impede the work of various associations. One of the good examples in this respect is the work of the Sozopol Foundation and the Sozopol Municipality. Likewise, the Nessebar Municipality – pilgrimage tourism is going to be developed there. Veliko Tarnovo is an excellent case in point. The Ministry assists the municipalities in popularizing various festivals, jamborees, and cultural events that are happening locally. For example, as part of our project for the stimulation of internal tourism within the Regional Development Operational Programme’s framework, we prepared an events calendar – to let see by months and dates the events in the country. Of course, for that purpose we needed the co-operation of the municipalities, which demonstrated different levels of activity to that effect. The existence of such a calendar is of prime importance for the popularization of our cultural events both home and worldwide. Currently, such information is only episodically accessible abroad. Advertisement, however, cannot be taken care of by the state only. Its role is promoting the country as a destination but municipal administrations and businesses are those that should promote the particular region. The condition of the sites is important as well – how are they exhibited, do they have foreign-language labels – things that are pertaining to the prerogatives and competencies of the municipalities.

What projects for the stimulation of internal tourism is the Ministry working on currently?
We’re working on many different projects. Within the framework of our internal tourism boosting campaign, we chose 50 unknown and little-known sites, which we’re going to popularize now. In a first step, we’re making a catalogue to present them. We’re writing the project that we’ll use for our EDEN European Destinations of Excellence application. We’re in talks with the Bulgarian Tourist Union on a co-operation programme for the next 2 years. We have the idea to designate 100 nature sites in Bulgaria, similarly to the 100 National Tourist Sites. We’re working with Romania on the Danube Strategy. We’re preparing also a multimedia directory with 400 sites in 9 languages – something never done so far.

Please tell us about the Wonders of Bulgaria 2011 campaign.
This is a campaign launched by the Standard News newspaper, to which the Ministry participates. We were involved in the development of the selection criteria of the cultural and historical sites – recognisability, uniqueness, etc. The wonders were selected by online voting. In addition, we presented them at the Cultural Tourism expo, as well as to the largest tourist exchange – ITB in Berlin. 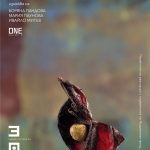