The Most Beautiful Helen

Last year, the Grazia magazine proclaimed Petrova Woman of 2010 in the Best Actress category.
“You look like young Ingrid Bergman in ‘For Whom the Bell Tolls’” – said the telegram that cinema legend Gina Lollobrigida sent to Elena Petrova. This happened 17 years ago, when Elena took home a Best Actress award from the Moscow Film Festival for her role in Nikolay Volev’s remake of Kozijat Rog (The Goat’s Horn, 1994). At this time, everything is forthcoming for her, and the Golden Eagle statuette she won proved foretelling for her track. From this time forth, Petrova’s career is always hovering in the skies, while she’s always got away with her professional setbacks without any of them turning into a loud and devastating flop.

Today, Elena is a hypnotizing actress. A mother of two. Good will Ambassador of the SOS-Kinderdorf children’s villages. In short – a woman of many identities. Born thirty-five years ago as Elena Petrova, she can turn in a matter of seconds into Maria, Boryana, Caterina, Nora, or Angelique – an Angel of Death. Those are her most famous female characters. The first one is from the Kozijat Rog, the second – from Glass House, bTV’s successful TV series, and the others – from theatrical stagings, The Iron Lantern, Nora (A Doll’s House), and All That Jazz. Late last year, the Grazia magazine proclaimed Petrova Woman of 2010 in the Best Actress category, owing to her Boryana – the first lady of the Glass House.

Besides the award and the 35 candles on the cake, Elena didn’t miss making a brief personal review of the years elapsed. “The films that I shot in those years are my greatest recap. They are the wisest things, the truest mirror of what I’ve been, what did I do, and where did I arrive,” said Elena. And added immediately that most important along the way of a human is meeting and living love, having a job that brings happiness, and having the most loved children. “Of course, it’s important where you start from, as well as it is clear where you will go, because the end of anyone among us is absolutely certain. But precisely the path and those people you’d meet along it represent what will convert you from a child into an adult, what will build your entire idea of life up, and will define you as a good or a bad person,” muses the actress.

And her life’s path is not particularly easy. Before getting into cinema, Elena is the girl-next-door from the transition period in Bulgaria. And she helps her mother raising her two younger brothers. Her first paycheques did also go to her family’s sustenance.
Among the most important meetings in Petrova’s life are those with directors Ilian Simeonov and Nikolay Volev. The former invited her in his film “Border”, the latter – in “Kozijat Rog”. An oddity is that Volev stumbled upon Elena on Slaveykov Square where she was gluing posters. He called her to an audition for his remake, she applied, and the role of Maria made her a star. Since then, the eye of the camera is incessantly focused on her.

“In The Goat’s Horn, I’m a very wild, spontaneous, and crazy girl ready to do anything in the name of a work, of which she even hasn’t a very clear idea so far. Even from a strictly visual standpoint, I’m still a girl, not a full-fledged woman. In Glass House, I believe I’ve stepped to a completely different level,” analyses Petrova her reincarnations. “If we see my track record as a computer game, the levels I’ve passed gave me what’s needed to let me build now Boryana’s character. Many are telling me that they didn’t expect me to possess such wisdom. That I look too fragile and still too young to project such maturity. But I just know how to put it on view – I’m trying to act in a more condensed manner, to show that this woman has an 18-years old boy, that she can be the wife of the significantly older than her businessman Dimitar Kassabov. The character looks genuine. This is why I consider that the path I trod is logical, right, and I’d have walked it again. Because everybody has a personal legend and cannot get rid of it,” affirms the actress.

Because she hasn’t forgotten where from she started, we’re often seeing her as a spokesperson of causes. Some years ago, she was fighting for the rights of the parents of twins (as is her case!); currently, she’s an ambassador of the children’s villages SOS-Kinderdorf. As a motto of her campaign, she chose A Home Full of Happiness. “I went to the complex in the Dren village. The kids there don’t show at all their sadness and pain. They’re saying with a smile: ‘Come and be my mother’. They weren’t calling me Elena; to them I was Boryana, like my character. They are wonderful kids. They’re taught caring for each other; the elder are taking care of the younger. If I could, I’d have taken mine and would have lived some time at their place. Those kids are our future and if we want it to be handsome, intelligent, normal, we ought to take care of them as we do for ours,” believes the Glass House star. Petrova isn’t afraid of skirmishes with politicians. And she doesn’t withhold her opinion about them: “Most politicians think that people are deprived of memory. Wrong. The populace remembers very well what you were before and what you are now. In whose team did you play before and with whom do you play now. People don’t forget the promises you made and they watch over whether you kept them.”

Cupid’s arrows
“Having someone who’d cuddle me”: that’s what the Glass House star wished for her alone in a TV talk show in the last days of the past year. Thus, she avowed implicitly what the rumours claim: that she’s in an instance of divorce with millionaire Aristotelis Fotilas, the father of her twins, Alexander and Isabella, and CEO of Germanos Ltd. They married in 2006. Their wedding was in the St. Sophia cathedral, the oldest monument of the early Christian period on the Balkan Peninsula. The ceremony was stylish and glittery and the newlyweds were accompanied by their two children. Last year, alas, the yellow press released hints of cracks in the conjugal life of the actress. Shortly after came Elena’s New Year’s Eve wish. Whatever way her matrimony evolves, we’re crossing our fingers for her, as we’ll look forward to see her new roles in both cinema and theatre.

Elena keeps the newborns’ tokens
When she realized that she’ll become a mother of twins, the actress exclaimed “My Goodness, I don’t want two identical children!” Luckily for her, the babies happened to be fraternal twins. The delivery was in Sofia’s Maychin Dom hospital and the happy parents chose to name them Alexander and Isabella. Once they were released from the hospital, Elena Petrova took the tokens with ID codes that were attached to their wrists. She’s still keeping them. Her kids are watching her with pleasure on stage or on screen. Every time they see their mother in Glass House, they don’t miss telling her that she’s gorgeous. At first, they were surprised why in the movie she’s called Boryana and another kid is calling her mom. “I explained to them that this is a role, like in theatre. They know what theatre is, because they attended one of my presentations with the Melpomena company. In W. Somerset Maugham’s The Noble Spaniard, my character is called Marion, but they were clarifying to the whole row of seats: ‘Why is this guy calling her Marion? Her name is Elena!’ When they’re watching me in Glass House, they understand to some extent what it is about, but they don’t like it when I’m sad. Alongside the TV series, they began realizing that this is a role but they keep wondering why they are seeing me on the TV set and at home at once.
They like very much me reading tales to them and changing my voice. They are bursting in laughter when I parody characters with speech impediments.” 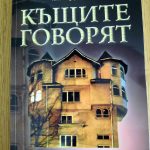 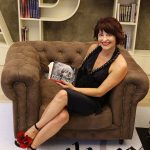 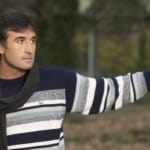