The french ambassador his excellency Etien du Ponsen: “One should learn to understand other people in order to be a good diplomat.” His Excellency Mr Etien deu Ponsen was born on March 6th, 1964. He has graduated “History” in La Sorbonne as well as the Institute in Political Sciences in Paris. He has worked in the Ministry of Foreign Affairs in Paris. From 1999 to 2002 he was First Counsellor in the Embassy of France in Warsaw. He was a member of the Secretariate of the European convention /the only French/, Director in the cabinet of the vicarious Minister in European issues, speaker and counsellor regarding the press at the Permanent Agency of France at the European Union etc. He has several published books as the last one “Treaty of Lisbon in twenty-seven key words” was also translated to Bulgarian. He is married and he has three children.

Mr Ambassador, more than a year you have been at a diplomatic position in Bulgaria. What kind of results from your work would you boast about for the past period?

I had the chance to arrive in Bulgaria in a very intense moment of the development of Bulgarian-French relations. One of my first missions concerning your country was the meeting of the released Bulgarian medical people from Libya, which even personally was a strong and emotional experience for me. A moment which I will not forget till I am alive!
Then we started very intensive Bulgarian-French relations. The president Sarkozi visited Bulgaria, having in mind that French Head of State has not come in Bulgaria for 13 years. At the beginning of July the Prime-Minister Stanishev visited Paris where a treaty for strategic partnership between both countries was signed. In order to resume I would say that I am a happy ambassador.

France is the next country presiding EU. As its ambassador in Bulgaria what are you priorities regarding this?

The main priorities are four: energy and climate, European defence, migration and agricultural policy. We work mainly within these directions and we have the total support of the Bulgarian government. Bulgaria is one of the last countries which joined the EU, it knows very well the Black Sea region and we take into consideration the opinion of our Bulgarian colleagues.

What are your previous diplomatic missions, what are the pluses and minuses of your diplomatic career?

I know Europe very well; I can say that I am a specialist in this continent. I have worked in Brussels, in particular in the team of Jiskar D’Esten who wrote the Constitutional Treaty for Europe. I have written several books on this topic as one of them was also translated in Bulgarian.
Regarding the advantages of the diplomatic profession – may be the fact that we often change the environment and there are always new things which we come to know. Our job is in relation with the others and one should learn to understand them in order to be a good diplomat. The disadvantages of our job are not so many. The discomfort comes from the regular change of lodging, the registrations of the cars and the like. I have lost hours for the simplest registration of the next car which I am going to drive at the respective new place.

Tell us something which is typical for your country, for Paris? It is not easy to talk about your own country. France is a country of paradoxes as well as one very modern country. It has good capacity for development of technologies – The Shuttle “Arianna”, the high speed train TGV etc.
On other hand it has rich cultural-historical heritage. It is an original mix of modernism and traditions as not every country can boast of it. And regarding Paris – I am a Parisian, I spent my childhood there and this is my city! Paris is a world capital. For everyone who is going to visit it I recommend to take advantage of the so called system „velib “, which allows renting of a bike in order to move around the city at a symbolic price.
Apart from all known and impressive sightseeing of Paris I would recommend to see two very interesting museums which were private houses before – „Jacque Mar Andre ” and “Kamandu”.
The last one belonged to a private banker who lost his only son during the First World War. The owner donated his house along with his entire collection of valuable pictures, furniture etc. Up to now the building which dates from the beginning of 20 century and everything in it is preserved in its authentic form.
The Museum Jacque Mar Andre is also private and dates from 19century. In 2006 the Bulgarian exhibition of Thracian art, which was welcomed with a great interest, was exhibited in it.

Did you succeed to get to know Bulgaria for a year?

To some extent I already know the country. With regard to this it is very important to get out of Sofia. I have already been in Bourgas, Varna, Stara Zagora, Pleven, Shumen, Rousse, Kozlodui. I and my family have been in Bansko, at the Black Sea coast. However the city which I prefer most is Plovdiv. It is particularly impressive with these “layers” of history which have piled up there in the course of thousand of years – the Thracians, Romans, Bulgarian Renaissance passed through this place…Plovdiv is a magic place for me! Do you find any similarity between Bulgarian and French people?

Having in mind that on the whole we are Mediterranean region I think that we have points of intersection which could be noticed. Both countries have good traditions regarding the wine-production. And within the range of a joke: In my opinion characteristic features of both Bulgarian and French are the lack of organization as well as the quality to cope in every situation at any price.

How do you imagine your work and the development of Bulgarian-French relations during the next three years of your mandate?

I hope that after the treaty for strategic partnership which was signed, the French investors will come in Bulgaria and take advantage of strong economical growth in the country. I hope that the country will make progress with regard to fighting with corruption and the organized criminality which are a fact and that is a pity.
Bulgaria has very strong positions at the moment and it should take advantage of them. The serious financial aid at the amount of about 10 billion euro, which it will receive in the course of several years on behalf of EU, will help a lot for solving the problems. I believe that during the next two years this will be felt tangibly.
Regarding me and my work in Bulgaria for the time being I will stay here, continue to learn Bulgarian and work for the prosperity and the development of both nations. 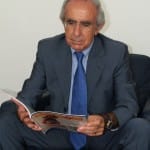 The ambassador of Portugal: Mario Jesus Dos Santos: “What I Like yo the most in Bulgaria are the people – opened, cordial, hospitable”

“I do feel close, unusually connected to beautiful and peaceful Bulgaria”, His Excellency Ph.D. Tran Van Thinh, Ambassador of Socialist Republic of Vietnam in the Republic of Bulgaria: