The small village, situated in the middle part of Stara Planina, near the town of Kotel has the resonant name Zheravna. Laying comfortably at about 640 м above sea level and at a distance of 330 km form Sofia and 190 km from the sea capital Varna, it is a perfect place for the people who like different kinds of tourism. Here about 15000 tourists enjoy the unique nature and walk along the different eco paths which offer peculiar places for having a picnic and the opportunity to capture a rare species of a plant or an animal with your camera or to relax beside the mountain water basins with a fishing pole in the hands each year.
After the pleasant meeting with nature comes the time for yet another meeting – with the unique houses of Zheravna. The village is a world famous architectural reserve. More than two hundred fully preserved wooden houses some of which at the respective age of three hundred years have alighted along its streets.
At the end of this summer Zheravna reminded of itself by becoming the host of a one of a kind merrymaking. Fans of the authentic, of the Bulgarian traditions and of the folklore skills gathered in the village park Dobromiritsa for the first National Costume Festival. The time from a century ago, a time completely different than the today’s civilization of mobile connections and dynamics was brought back with the help of …… the garments. It wasn’t possible to meet a person not wearing a traditional Bulgarian costume on the territory of the festival. It was even a compulsory element for the numerous operators and journalists that had come to register the event. The sense of authenticity was strengthened by the sounds of the 100 “kaba” pipes and the zurni of the Petrich region, by the dances of the nestinarki (fire – dancers) and the kukeri’s (a type of mummers) games, the demonstration of original crafts and delicious meals which were there for everybody to try. The three days of the festival slept by while one watched the remakes of a wedding from the Vrachanski region, the Graf Ignatievo custom of seeing the best men to their homes, the magical dances of the kukeri from Yambol, carrying different sizes of bells weighing about 600 kg., for rich harvest or the dances of the old ladies from the village of Svirkovo. In the different parts of the park arranged in separated corners the municipalities showed skills and tradition characteristic for their regions. One was able to watch an old town theater piece “A funny play in one part”, to participate in a Rodopian gaiety together with Albena Veskova, Lyubomir Petov and Veselin Kuzmov or to personally meet the participant in the first Bulgarian movie “Kalin orela” (Kalin the Eagle) – uncle Petar, who acting as the broadcast technician of the village, played the film by himself.
The guests from Holland, Russia and Switzerland were deeply impressed by the folklore costumes review. The traditional garments from the different parts of Bulgaria shone with peculiar colours and ornaments that gathered the views for the world and the life of many generations.
The wrestler fights on the other hand awoke burning passions and the only dancing koledari (men who perform certain customs on Christmas time) in the whole of Bulgaria made the hard pavement of the streets of Zheravna tremble. The amazing ensemble “Balgare” managed to gather all the guests in one place at the end – which was a difficult task for there were six barbecues, unique buulgarian white and red wines, tiganici and traditional Bulgarian deserts.
The virtuous clarinetist Ivo Papazov – Ibryama headed the hullabaloo about the big night fire and appeared to be the main person responsible for everybody being exhausted by dancing until very late in the night. 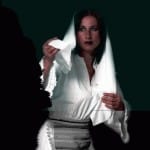 Bulgaria is the world’s music sponsor! 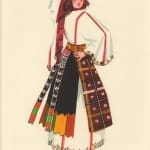 « Mariyana Velkova: We are stimulating the export potential of Bulgarian business
The wine harvest in Trakiya started with ancient rituals »