The National Museum of History was founded on 5 May, 1973 by a Decree of the Council of Ministers. After being housed in the building of the Palace of Justice in Sofia city’s center for a ling time, since mid- 2000 its exponents can be seen in the beautiful former residence in Boyana living district. The present museum building was erected at the beginning of the 70’s of the twentieth century, and for nearly 20 years official meetings and conferences of Bulgarian politicians were held there. It is an imposing building, with vast halls and the collections of the largest history museum on the Balkan Peninsula are stored in them. If you decide to see all the 650 000 exponents exhibited in it, it will take almost a day. These are objects belonging to the fine arts, archaeology, ethnography, tracing the history and culture of Bulgarian lands thousands of years back up to present days.
Professor Bojidar Dimitrov was born in the town of Sozopol in 1945. He specialized in paleontology in Paris and the Vatican. He is the author of more than 30 monographs and 250 studies in the field of the Bulgarian Medieval Period and the period of Ottoman presence. He has been the Director of the National Historic Museum since 1991.
Bulgaria is popular with the fact that it has most numerous gold and silver treasures in Europe, and the oldest processed gold in the world was discovered near Varna, including more than 3000 objects dating 6000 years back. The Treasure of Vulchitrun, the Panagurishte Gold Treasure and the Rogozen Silver Treasure, and those found near Letnitza and Preslav, form part of the priceless findings that have traveled round the world. Bulgarian archaeologists have found a lot more this year. Professor Bojidar Dimitrov talks about it.

Mr. Dimitrov, what makes this summer’s findings, which are already behind museum windows, so unique?
At the end of July, near the village of Zlatinitza, region of Yambol, team of the Archaeological Institute led by Professor Daniela Agre found opulent funeral of a Thracian ruler. The curious thing is that it is not the traditional special tomb. The King was buried in a funeral pit, covered with soil and stones, which hindered treasure-hunters from the antiquity and the present ones. The ruler is laid in full armor: with a sword, shield, quiver, armor-plating, iron habergeon and a parade silver knee cap, lavishly decorated with various scenes from the Thracian and Greek mythologies. The respective power symbols have also been found – a gold wreathe and a massive ring-seal depicting a Thracian horseman. Thracians believed in afterlife existence, when one would need all his or her possessions used while living. For this reason, funeral gifts are placed at the ruler’s feet. Two exceptionally precious silver rhytons, in the shape of deer heads, richly decorated, silver phials, bronze and ceramic vessels stand out.

Have you found out who was the Thracian Ruler buried near the village of Zlatinitza?
The objects we have found let us refer the funeral of the noble Thracian to the middle of the 4th century BC. We have even managed to find out who he was. According to archaeologists, he was King Kerseblept, who ruled in one part of the Odrysae (Odrisi, Odrsai) Kingdom. The Odrysae were the most powerful Thracian tribe living south from the Stara Planina Mountain. During the 5th century BC, they united almost all Thracian tribes in the territory of contemporary Bulgaria in one kingdom. According ancient authors, the Odrysae Kingdom had a huge for the period army, amounting to 150 000 warriors. Led by the Thracian King Sitalk, this army defeated Macedonia in the Peloponnesian War, where it fought on the side of Athens.

Can you explain why the finding from the village of Dubene is so impressive?
This summer, two young archaeologists have studied ancient Roman barracks there. While shopping from one of the shops in the town of Sopot, they noticed necklace of old gold beads on the neck of the saleswoman. It turned out that her husband was a tractor driver and he found the gold on a farm, in a furrow, while tilling the land. The archaeologists contacted me immediately. I bought the jewelry out and the expedition led by Prof. Vassil Nikolov started work there. It was found out that it was a necropolis belonging to a tribe living in these lands at the beginning of the third millennium BC. From the funeral pits excavated, archaeologists collected 15 505 gold adornment elements. Of them, restorers managed to recover 7-8 jewelry items. These are necklaces of a very intricate and interesting workmanship. In the present moment, the fourth tomb is being excavated and 7 gold beads have already been dug out.

What are the specialist’s conclusions about the historic valuables found?
In addition to the beauty of the adornments, the finding is of exceptional importance considering information about the period we knew almost nothing until now. First of all, the enormous amount of gold elements is a really impressive one. In Bulgaria, Mid Europe and the eastern part of Asia Minor, that is to say, our geographic region, only single foundlings, consisting of 5 -6 elements of this type have been discovered. Slightly more were found in Troy – several hundred, which gave us the reason to think that people who lived at that time in Europe delivered such gold adornments from these lands. Scientists used to think that Troy was the center of civilization possessing technological facilities of gold extraction and processing. And when we talk about processing, I would like to point out that we mean extremely high technologies for the period. Most of the elements found are 1mm big and contemporary goldsmiths confirm that a magnifying glass was indispensable in their creation. And as we know, ancient people did not dispose of such. It becomes clear from the findings that the same center was situated in Bulgarian lands, and more exactly –in the central part of Bulgaria- in the sub-Balkan Karlovo plain and even nowadays a lot of gold comes from there. This is a gold-bearing region, exploited and familiar to Thracian tribes. The conclusion that can be made is that Europe’s center of civilization was in Bulgaria and it is plausible that Troy bought its gold from here.
This finding turns the notion about the History of Europe from the third millennium BC upside down, by adding new points of view and elements to it. It is good to know that the first highly developed civilization in Europe actually appeared not in Asia Minor but in this part of Europe, where contemporary Bulgaria is situated.

The treasures found are already in the museum. Do you intend exhibiting them in Bulgaria and abroad?
I will do my best to prevent their crossing the border. I think, exhibiting our treasures abroad for a long time is an outdated practice. However, for a short time – two weeks, up to one month, under special occasions, it seems appropriate. Bulgaria is a tourist country and it will be useful for tourists, visiting our country, to have the opportunity of seeing them exhibited in our museums.

Do we take advantage of the archaeological treasures we have?
Recently, visits to the museum have sharply increased. However, tourists in Bulgaria or the majority of them visit our Black Sea coast. That is the reason why we are planning an exhibition of gold and silver Bulgarian treasures in Varna or Burgas next summer. There, the exponents will be seen by millions of tourists, especially under the conditions of good marketing and advertising. 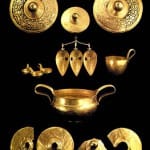 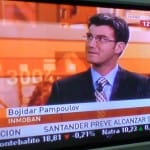 Bojidar Pampulov, manager of ImmoBan: “The success comes when you do the things with a lot of love and patience”

« The showman of the talk show, “Chai” Drago Draganov – “I would change television and singing with the circus.”
Midsummer Day – Magical Summer Gift »