You have already packed your bags for the longest holydays of the year and yet again you are looking for the place where you can relax and learn something new at the same time and why not taste something different. This time we offer you the village of Garvan. The small village is nestled at a distance of just 40 km. from the town of Silistra, 20 km. from the municipal center Sitovo and 4 km. from the bank of the river Danube. The road from it to our north Black Sea coast is not too long either. That way Garvan can become an intermediate stop to your further goal – the sea.
460 people live in the village permanently at the moment and the population is entirely christian. The old residents of these lands were called “grebentsi” (comb people) because the brides wore accessories in the form of rooster combs for a year after getting married. They were also called “elintsi” from the Turkish word “eli” – coastline.
If you find yourself in Garvan today you will be able to learn a lot of curious legends, things about the folklore and the history but there is something that you certainly shouldn’t miss and that is to “see grandpa’s mill” and “taste grandma’s bread”.
There were times when there were three mills in Garvan but only one of them had survived until today. It is in close proximity to the Dobrudzha house (Dobrudzhanskata kashta) and is a part of it. It was built in the beginning of the XIX century in the style typical for Dobrudzha along the side of the Danube. Both the mill and the house were owned by a reasonably rich local resident. The people from the village and the surroundings had been coming here to grind malay (corn flour), wheat and groats. The seeds were turned into flour with the help of two big stones called romeli which were put into motion by a German motor produced in 1920. The man that once owned it bought it and adjusted it to work with wood and coal in order to satisfy the needs of his mill. History has it that before that the motor was a main part of a ship. Silent for a long time it uttered a sound again in the end of June when the final of the project for the reconstruction of the mill and turning it into a tourist attraction was officially introduced. The locals made a kind of a festival of the bread out of the event. The residents of Garvan accompanied by guests of the village dressed in colourful traditional garments headed for the field for the harvest opening in the early June morning. Singing a folk song, suitable for the occasion the women entered the wheat block and reaped the first wisps of heavy golden wheat stalks using their sickles. This manner of collecting the wheat, the grinding of the flour in the mill of the Dobrudzha house and the kneading of the dough for the bread were a constant part of the life of the people in Garvan nearly a hundred years ago.
“My parents used to send my brother and me to grind flour at that mill. The mamaliga and the kachamak (a type of polenta) were basic foods for our region. The Malaynik – a cake made of corn flour with honey spread over it was a real delicacy”, says Antoaneta Kostadinova, a former teacher in the village, now a pensioner. She still keeps the old recipes for kneading loaves of bread and ring-shaped buns in her notebooks and promises to pass them on to the younger so that they have the same knowledge and attitude towards the bread like the ones that the people of that past had. “The bread is one of the most important things in our lives – affirms the teacher – and it has to be approached gently ”. You can learn lots of interesting stories about the rituals of making bread from her – from the gathering of the wisps, through the maintenance of the flour in baskets made of osier and willow, to the baking of the bread in the special oven.
The ritual loaves of bread are highly respected in Garvan. The local people bake them for weddings, christenings and village gatherings. After the rite of the harvest opening was over the locals arranged an exhibition of ritual loaves of bread. Works carrying names like “A loaf of bread for the godfather”, “A banitsa for the mother in law”, “A wedding basket”, “A magic banitsa” and others could be seen among the exhibits. The ring-shaped bun made by aunt Svetlana for the opening of the harvest was announced the prettiest and the special award went to aunt Mata’s tiganici.
If you go to the village of Garvan you will be welcomed to stay at the Dobrudzha house where apart from everything else you will be offered to cook after the typical local recipes under the experienced guidance of the hosts yourself. One of the mostly preferred dishes taken out of grandma’s notebooks is the gulash soup. At first it looks like an ordinary cabbage soup with onions. However there are little bites of flour and eggs added to it. The tiganitsas are also not to be neglected – the thin rolled dough leafs with cheese and eggs which are fried in oil.
A museum of the Communism where the busts of Lenin and Georgi Dimitrov, copies of the newspaper “Rabotnichesko delo” (Workers’ Deed), old radios, gramophones and gramophone records shall be exhibited, is to be opened in the end of the summer. 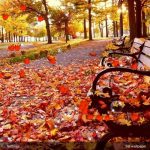