The National war history museum is located at a central place in Sofia, very convenient for a weekend visit, and not only then… Its exact address is 92, Cherkovna St, and for those who know Sofia’s landmarks well, we’ll be more precise – it is on Sitnjakovo Square from across the Romanian Embassy. The opening hours are 10-18:00 seven days a week. No mater your sex, the articles will impress you even if you are not professionally interested in war and history.

The first exhibition was opened on 12 May 1937, the day of the Saints equal to the Apostles Cyril and Methodius because of the many tourists who wanted to see relics of the Bulgarian national cause. Then the museum was in 15 Moskovska St in he building donated by the Sofia Army Officers Assembly. Today the museum has 4 hectares of land where there are 285 exhibits of war equipment and 5,000 sq. m. of in-door area on which the richest Bulgarian state collection of weaponry, uniforms, awards, flags, military seals, pictures and different documents are displayed, evidence of the military skills of the Bulgarians from the ancient times through to the latest missions under the aegis of NATO.

We’ll point out the fact, only for comparison, that even the National history museum can show no more than 10,000 articles all together, while the permanent exhibition of the War museum every Bulgarian or foreigner can see 25,000 exhibits which are chronologically and thematically displayed. One of the biggest war museums in Europe, in Turkey, has only 6,000 articles, which lacks valuable unique exhibits like those found in the National war history museum.

“Without exaggerating, we can say that we have the biggest, the richest and the most modern museum on the Balkans, even in the whole of Eastern Europe. The Bulgarian history is mainly connected with war – the country was established with weapons and in this way it has been defended and expanded through the centuries”, When you walk the museum halls you almost experience the whole history of the Bulgarian army, with its peak moments not only because of the war exhibits but also due to the unique atmosphere created with the help of the most famous works of art of the Bulgarian war painters, as well as because of the sound effects in each hall – war songs the thundering of bombs, etc. Such a multimedia display of the exhibits is very rare in Bulgarian museums and immediately attracts the visitors’ attention.

The people who remember the museum from before 1989 would never recognize it in its present state. On entering you find yourself in front of one of the most valuable exhibits, a Thracian helmet from the VII c. BC (there are only 2 such in the world).

Huge interest provokes the collection of personal belongings of people from the Movement for National Liberation – G. S. Rakovski’s rifle and coat, Panayot Hitov’s guns, the famous flag of the voivode Philip Totju. The most valuable articles here are those of connected with the life and death of Vassil Levski – his revolver, crucifixion, the chains in which he was shackled in the Turkish dungeon, and his hair. The weapon and uniforms of Stephan Stambolov remind of the heroic and tragic April uprising.

A very special article in the exhibition about the Russian-Turkish War of 1878 is the legendary flag from Samara, the only battle flag medalled a military cross for bravery class I for the feat of the five flag bearers from 3rd volunteers battalion in the battle near Stara Zagora. A very rich collection is that of personal belongings of Kniaz Alexander I Batemberg, which his wife personally donated to the museum after his death. There are also interesting gifts given to him by ordinary people during at his encounters with them while hunting or during their visits to the palace.

The most interesting exhibit from the history of the young then Bulgarian army is the Book of Bulgarian heroes, a notebook with luxurious binding with the state coat of arms on the cover, and the names of all Bulgarian officers and soldiers who died for the liberation and honour of the country. The book had a place of honour in the palace and was shown at the visits of each foreign delegation as a sign of respect and gratitude to their self-sacrifice.

The key battle for Odrin, the torpedoing of the Turkish flagship “Hamidie” by our minelayer “Drazki” is represented. There are a lot of exhibits connected with the beginning of the Bulgarian Air Force, among which are the ceremonial uniform of the first Bulgarian woman pilot of a fighter, Raina Kassabova.

Of national pride is the beginning of the Bulgarian austronautics, represented through the space suit and food used by the first Bulgarian in space, Georgi Ivanov. The lovers of the most recent war history can see the camouflage uniforms of the peacemaking missions in Afghanistan, Cambodia, Kosovo, Bosnia and even Iraq.

On the upper floors are the three halls with thematic collections. The weapons exhibition traces the evolution of cold and firearms in the world, which is based mainly on the rich collection of Kniaz Batemberg. There are unique rifles with Damask barrel; one such would be traded for two villages together with the serves in Tsarist Russia. The flintlocks with rich floral ornamentation, which their owners believed to have the powers of an amulet – to shoot accurately and protect them from the enemy bullets, are very interesting. The hall of uniforms and accessories starts with the single samples of the first Bulgarian ceremonial uniform. Details from the national costumes were used for some of the elements. The guardians’ uniform of the convoy of Kniaz Batemberg, which he ordered to his personal tailor in Berlin are very impressive. Today the guardians in front of the Presidency have an almost identical uniform.

In the hall of insignia all medals and orders given for military or civil merits in Bulgaria are displayed. The most interesting among them are the Order of St St equal to the Apostles Cyril and Methodius, established in 1909, the jubilee “13 centuries Bulgaria”, and the newly established Order of the Rose. 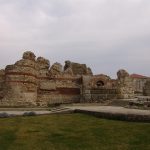 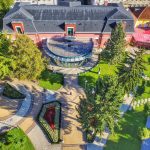 « Bulgaria is the world’s music sponsor!
WE ARE AHEAD OF THE WORLD BY ABOUT 10 YEARS »