“Aviation goes out of the crisis”, says Kamen Kichev

“We observe a growing number of passengers through Sofia Airport”, says in an interview Kamen Kichev, Deputy Minister of Transportation

Business card:
Kamen Kichev is born on July 6, 1968, in Sofia. He graduated with a Master’s Degree in Energy Engineering and Technologies from the Technical University of Sofia. For several years, he held managerial positions in Austrian Airlines’ branches in Bulgaria, FYR Macedonia, Kosovo, and Montenegro. Prior to that, he was a Sales Manager with Koons Toyota Mazda in Westminster, USA.
He has been Chairman of the Board of Directors of the Bulgarian Congressional Tourism Organization, as well as member of the Board of Directors of the National Tourism Board.
In 2009, Mr. Kichev was appointed Deputy Minister of Transportation.
He is fluent in English, Macedonian, and Russian. Married, with two sons.

I know Kamen Kichev since several years. About six years ago, at the launch of the Cherga magazine, he, as a Regional Director of Austrian Airlines in the country, was among the first who gave us a hand. With Kamen’s co-operation our magazine, still new at that time, began flying on Austrian planes and disseminating Bulgaria’s beauties and glory throughout the world.
Today, Kamen meets me in his ample office at the Ministry of Transportation and tells interesting things about the condition and the development of the Bulgarian air fleet.

What is most important as regards the Bulgarian air fleet at this time?
Currently, the Bulgarian air carriers have a completely updated air fleet. During the last year, Bulgaria Air purchased six new Airbus planes. Of course, they have also older equipment, but it too isn’t worn out excessively, taking into account what’s the state of aviation today worldwide. We’re flying new and relatively new planes, which is a big advantage. Bulgaria Air, as a relatively young private company, succeeded in freeing itself up from the old legacy of the state-run Balkan Airlines with their Boeing planes.
Another airline with Bulgarian participation‑ the budget-oriented Wizz Air, presented recently its newest Bulgaria-based plane.

How are you fighting the crisis, what measures are taken in that sense?
Sofia Airport is the largest airport on this country’s territory. I’m pleased to notice that the number of passengers departing from it is already matching the one achieved in 2008. And although there were some problems at the time of the volcanic cloud, I can say with certainty that aviation is exiting from the crisis: people are flying all the time; the airlines are developing new flights and new destinations. Regarding Sofia Airport in particular, the things are well structured and for now, we have an increasing flux of travellers. However, what’s the situation with the other airports in the country?
With them, the situation is complicated. I’m excluding the Burgas and Varna airports, which are operated as concessions and which are running at full capacity, especially during the summer season. With regard to the other airports, however – those in Plovdiv, Stara Zagora, Gorna Oryahovitsa, and Rousse –, we’ve just started a procedure for granting concessions. Specifically, for Plovdiv Airport, which is a splendid, boutique airport that won rightly the Administrative Building of the Year award, greater traffic shall be attracted. Usually, it is busy in winter with charter flights that transfer tourists to the ski resorts in the region. The airport is particularly convenient for budget carriers, as an alternative for transporting passengers to Sofia and the region. We’re negotiating in this direction with various carriers. The results are there – Europe’s largest airline, Ryanair, starts flying in two months. We were able to cut by 50% state taxes for the airport. This way, we want making it more competitive.

How are developing the foreign airlines? What to expect from them?
More and more, globalization is advancing and there’s almost no airline that operates independently. All airlines arrived to the conclusion that they can be strong only and solely if they are together in an alliance. This is Bulgaria Air’s future, too. Austrian Airlines were bought by Lufthansa. The latter bought Brussels Airlines, former SABENA. Lufthansa is also the owner of Swiss and in all likelihood it’s geared at purchasing other air carriers, too.
The privatization of the airlines and their mergers with others is a particularly valid scenario in small countries, among which is Bulgaria, too. A small country with a small population can not aspire to have an airline doing intercontinental flights and being a big player on this market. (Middle East carriers are an exception, although the business logic there is different.) In the future, only those making profit or at least being able to break even will survive.
Budget carriers are a case in point. They demonstrate how transportation can be provided with much lesser expenses. In the mean time, they are already imposing themselves on the international market as well, and they are demonstrating that internet is the reality and the future of the distribution of aviation services.

How many foreign airlines are currently operating here?
It’s difficult to indicate a fixed count, because all the time, there are new entrants or old ones are restructuring. With the airlines serving the Burgas and Varna airports, I believe they are about twenty. Bulgarian airports are open for everyone who is interested in coming here. The more a given state is open and the more ways of access it provides, the better it is for this state and for its economic development. In that sense, aviation is the first step for the development of the business relations between two states.

How are Bulgaria Air and Wizz Air going to develop in the next few years?
Bulgaria Air has already a well-made European network and, to the extent that I also have my personal impressions as their frequent traveller, it has wonderful achievements concerning the accuracy of the flights. In my opinion, it develops very well, offers a good European service, competitive prices, and, most importantly, its planes are much better and newer than those of a series of other, foreign companies. The same applies to Wizz Air, which has good equipment and magnificent service, especially considering the price at which it offers it. I am optimistic regarding the future development of both companies.

And finally, do you want to wish something to all Bulgarians?
Let’s try to preserve whatever is Bulgarian by behaving here in the same way as we do when we go abroad. Because every Bulgarian abroad complies with the respective rules – we’re not speeding on highways, we’re keeping the streets clean, and so on. If we succeed in achieving this here, in Bulgaria as well, we’d really change for the better.
Text and pictures: Natalia Veleva 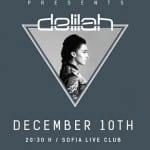