Arbanassi – a habitat of boyars On a small patch of land perched picturesquely over Veliko Tarnovo, real treasures of the Bulgarian architectural and construction genius and of Revival culture are amassed. This is Arbanassi. The village is included in the World Heritage List of UNESCO.
Because of its natural characteristics, clean air, and healthy climate, it’s a preferred recreation place. Guests can see the antique Arbanassi houses, the five churches and the two monasteries; meet the amazing Revival architecture and Eastern-Orthodox icons and paintings.
Some historians are of the opinion that this spiritual and cultural centre received its name from the settlers who came to these lands after the epochal victory of Tsar Ivan-Assen II at Klokotnitza, on March 9, 1230. The stone column erected in the “St. Forty Martyrs” church in homage to the victory bears an inscription: “…the Bulgarian tsar conquered also the Arbanassi land”. It’s all too logical to assume that Bulgarian boyars moved from the country’s Western districts to settle close to then-capital Veliko Tarnovo. Since they came from the Arbanassi Mountains, they gave the same name to the new settlement.
Arbanassi reached its economic zenith during the 17th-18th centuries, when it became an active commercial and crafts centre. A large part of the population was busy with silk farming and with growing amber-coloured grapes. Raw silk made here was sold in Italy, Istanbul, and elsewhere. Almost all families owned vineyards. The sunny limestone hills are still producing ripe grapes from which elixir-like wine is made. Arbanassi’s glory of a rich and prosperous village dimmed but its heirs didn’t lose their national spirit. They became zealous promoters of the National Revival, participants into and supporters of the national liberation struggle against the Ottoman yoke. It’s not by coincidence that D. Strashimirov, a prominent researcher of the 1876 April Uprising, wrote, “Arbanassi provided some of the most enthusiastic souls of this epoch.” Not long before the Liberation of Bulgaria, Ilarion Makariopolski, the great spiritual advocate of an autonomous Bulgarian church, celebrated here the first liturgy in Church Slavonic language. Researchers, travellers, and writers alike are calling Arbanassi a monument of our National Revival culture. The architectural and artistic appearance of the Arbanassi house is unmatched. Alas, a large part of this wealth has been destroyed. The houses – genuine architectural artefacts – that survived are 144, with the HadjiChristova house (the Arbanassi Inn) among them.
A very ornate statement about Arbanassi’s beauty, attractiveness, and natural riches is the following excerpt from Dr. Dimitar Papasov’s book. “In the library of Grandpa Dimitraki, there were three sheets written by some priest of Arbanassi’s St. Nicholas church as early as in 1798, before the looting of the village by the Kirdjalis (tr.n. – paramilitary brigands). Inter alia, he depicted there the village: ‘I couldn’t shut up. I must talk; laud the fantastic Arbanassi, a large village in the middle of Bulgaria, in an elevated area, a habitat of boyars. It’s shining like a mirror over the entire diocese…’ ”
By Royal Edict, Arbanassi was proclaimed resort location in 1921, and it obtained the status of a national-scale historical settlement in 2000. 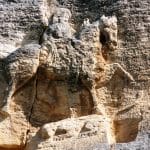 « The SS Kozma and Damyan monastery is coming back to life
”Bulgaria is in my heart on my own geographic map”, Izabela Shopova »