The Architecture of the Mussaka

Each of the Balkan peoples has its own view about this meal
It’s possible that someday tough international judicial cases arise about intellectual property regarding the mussaka, which is considered by Bulgarians, Greeks, Turks, Serbians, Romanians, Armenians and Macedonians, anyone of them on their own, as their intimate national belonging. In the languages of the Balkan peoples, the word mussaka is common, and its etymology refers to the Arab word musaqqaa, which means cooled. In Arab cuisine, this is a cold tomato and eggplant meal, which looks more like a salad and doesn’t seem by any means having any relationship with the well-known Balkan mussaka. But who knows?
Since its historical origins are unclear, the opinion that prevails worldwide is that it’s an ancient Greek meal. This belief can be found in various culinary encyclopedic and reference books, and sometimes the beginnings of its history are planted in mythological antiquity. In the Hercules Disney cartoon movie, God Hades is gulping down mussaka, and he makes it to choke with it. By the way, the habit of impart attribute to the Greek everything that’s incomprehensible and unclear is not a novelty. Occurring in several Medieval Latin manuscripts is the text Graeca sunt, non leguntur (It’s in Greek, illegible), which means in most cases that this fraction of the text is in a language that the scribe did not understand. It could be Greek, Armenian, Georgian.
Today, most contemporary recipes for this meal include the use of potatoes and tomatoes, which therefore excludes its appearance prior to the conquest of America, from where these products were brought to Europe after the 15th century.
Although being a common Balkan meal, the mussaka has nevertheless bent to certain regional and national influences that led to the differentiation of some traditional shapes and tastes. Otherwise said, every one among the Balkan peoples has its own view on the mussaka. The Greek and the Turkish mussaka is usually made with eggplant and ground meat, the products being first fried, then put in layers before being cooked into the oven. It’s unclear whether the motivation for this layout is purely aesthetic or functional but the result is definitely not only pleasant to the eye but also to the taste. In most Bulgarian, Serbian and Romanian versions, potato is the predominant vegetable. In addition, all products are prepared together, without frying them in advance and without spreading them in layers. Of course, every national cuisine is also proposing some regional variations (with zucchini, carrots, peppers, etc.), and also possibly with varying approaches to the use of spices. In some places priority is given to anise, elsewhere—to parsley, some Greek recipes include cinnamon and bay leaves and the glazing is thickened with the addition of yellow kefalotiri cheese. Let’s notice that onions and tomatoes are generally a constant quantity. Modern mussaka leaves even more freedom to interpretation. Culinary books and sites abound in versions—with spinach, green beans, mushrooms, cabbage, cauliflower, pumpkin, with or without meat, etc. The thing that they all share, to justify the common name, is the shape—it’s cooked in a pan and has always a topping baked to a golden hue made with eggs, flour, and yoghurt or sour cream.
It’s not unlikely that some day, in their effort to introduce stringent regulations and standards in all areas of life, eurobureaucrats would attempt at the mussaka as well. Such kinds of fears are not merely the fruit of exaggerate mistrust, since the standardized strategies and practices in the Euro zone have since long affected food products such as tomatoes, cucumbers, fruits, etc. This meal, emblematic of the Balkans and the Middle East, is still under the rule of the artistic regional variety regarding the ingredients used, their arrangement in the cooking pot, and the final taste. Because of that, eurobureaucrats would face serious trials if someday they decide to conceptualize the correct European mussaka.
If nonetheless attempts in that direction were made, a powerful Balkan movement in defense of the mussaka and mostly of everybody’s right to layer it and to cook it at his own whim would likely rise. This way, Balkan inhabitants, who traditionally struggle against each other, would at long last be able to unite for a common cause and would shout in a single voice “Hands off the mussaka!” 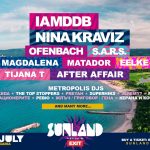